Editor's Note: Our thanks go out to RM Sotheby's for permitting Monterey Car Week to publish the photos and the article on one super clean 1970 Porsche 911 E. If you love this German machine, it will be crossing the auction block at the Motor City event this July. 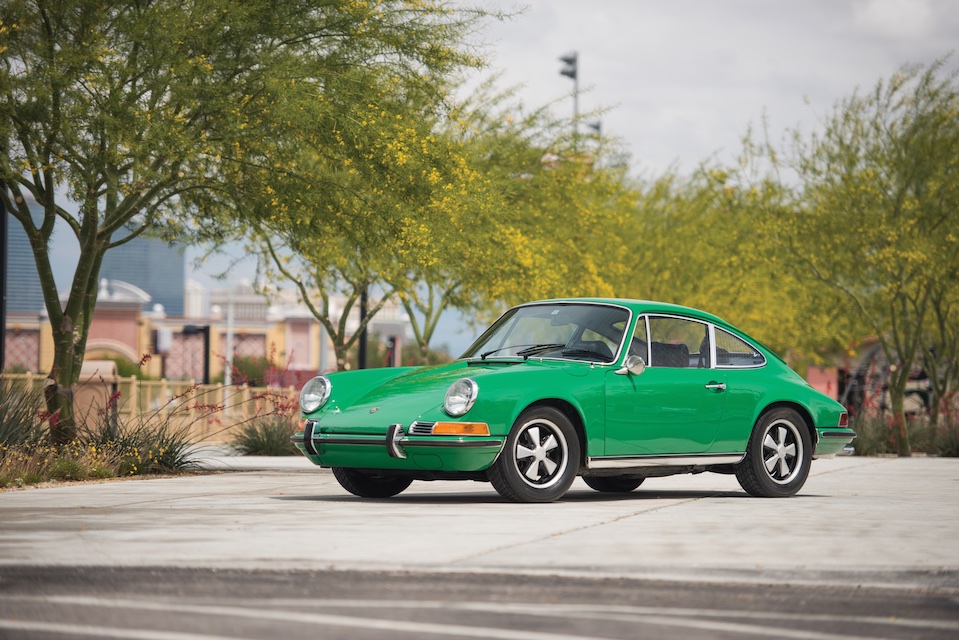 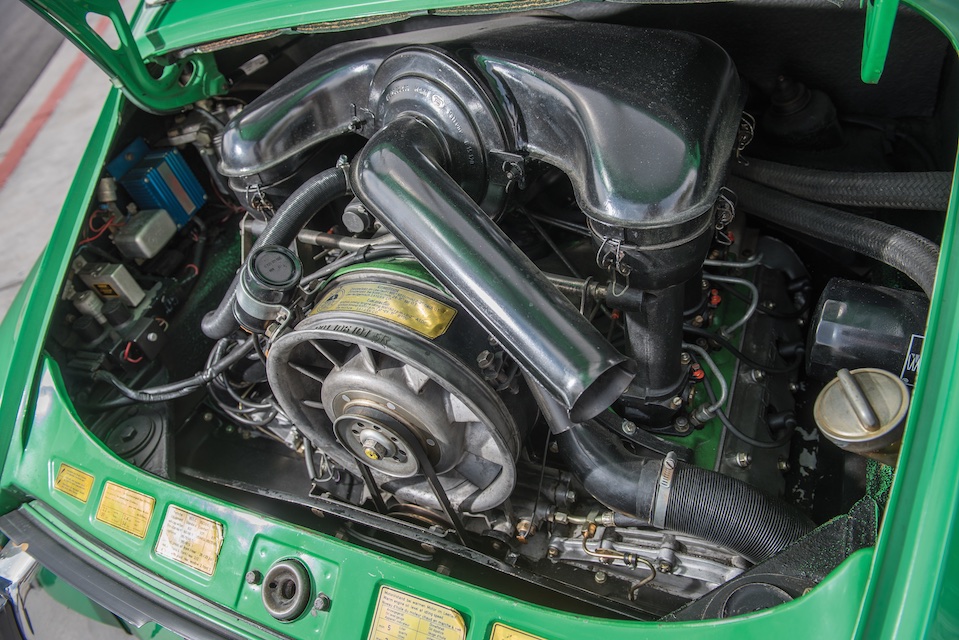 Offered is one of just 1,304 C-Series Porsche 911 E Coupes produced by Porsche for the 1970 model year. Chassis 9110200496 was originally delivered on 1 February 1970, leaving the factory with optional Fuchs aluminum alloy, five-spoke, lightweight wheels, a rear exhaust apron, and what the Certificate of Authenticity notes as “U.S. Equipment,” which normally means sealed-beam headlamps, a speedometer in miles per hour, and front and rear lighting that met DOT regulations. 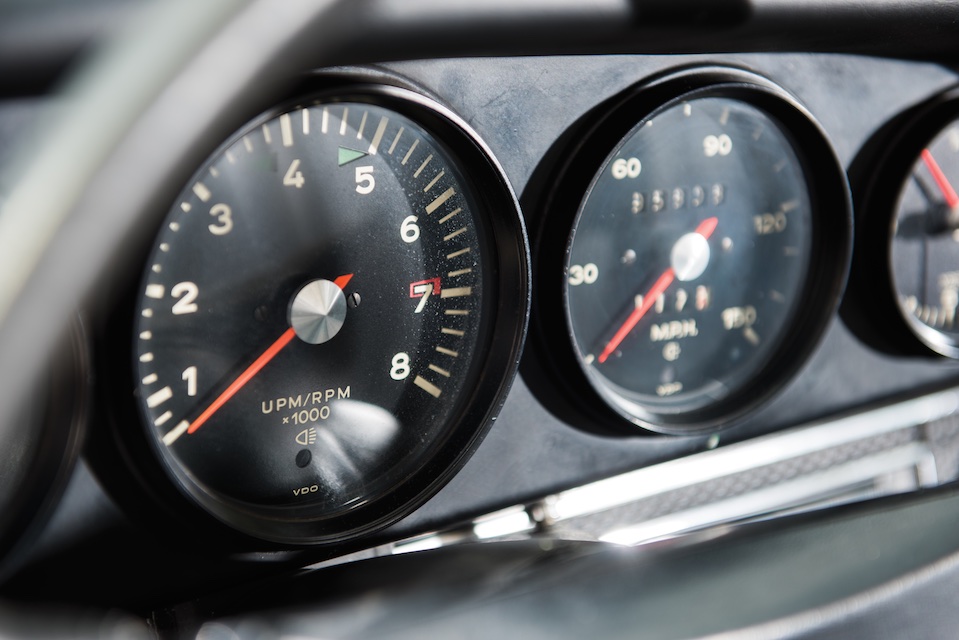 The first owner is said to have been Wayne Rindt of Appleton, Wisconsin. Its second owner, Margaret Tarber of Milwaukie, acquired the car in 1976, and she had it regularly maintained by Fabson AG in Cedarburg, Wisconsin. Ms. Tarber brought the car with her when she relocated to the Seattle area, and in 1989, she gave it to her brother, Joseph Canfield. In 1990, with the odometer showing just over 77,000 miles, Mr. Canfield entrusted the Porsche 911 E to Dave Kowal for a mechanical freshening of the 2.2-liter boxer-six engine, whose number is confirmed as original by the Certificate of Authenticity. The work also included the installation of the later Carrera chain-tensioner kit, which was an upgrade that was almost universally adopted by owners of early 911s. Mr. Canfield enjoyed the car until 2006, when it was sold to an Idaho collector of European sports cars. It was subsequently acquired by the consignor in January 2014. 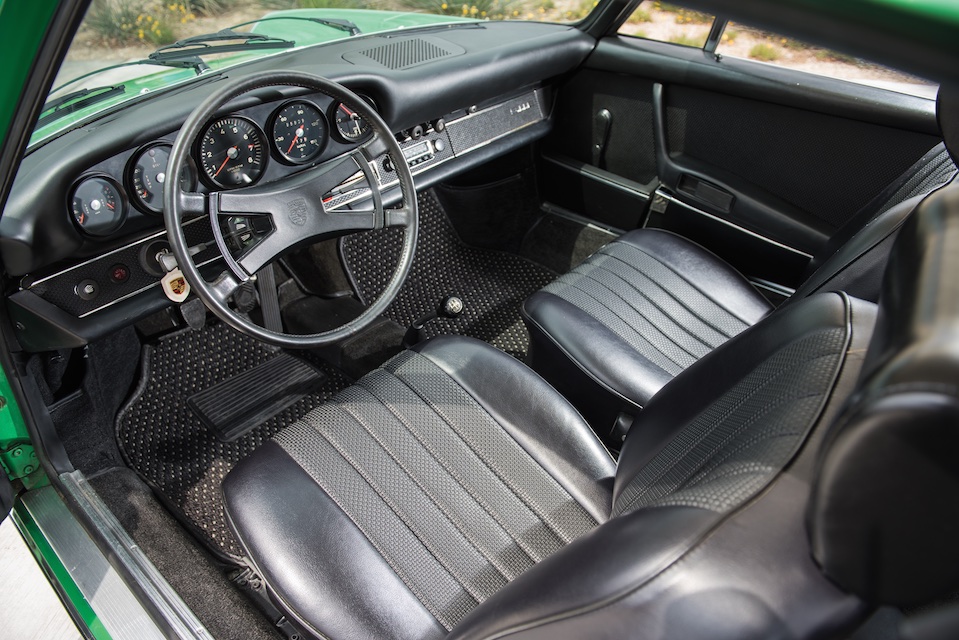 This Porsche 911 E was originally fitted with a self-leveling hydro-pneumatic front suspension, but it became common practice for owners of these cars to seek improved handling and replace the front struts with those from a 911 S, and that is the case with this car, which also received a 911 S front anti-roll bar. These upgrades are widely accepted within the Porsche community; relatively few of these cars retain their original hydro-pneumatic systems. Inside, there is Porsche’s first use of a steering-column ignition lock, and the exterior door handles were revised to better protect against inadvertent opening in an accident. Large disc brakes all around were up to handling the car’s near 140 mph capability. 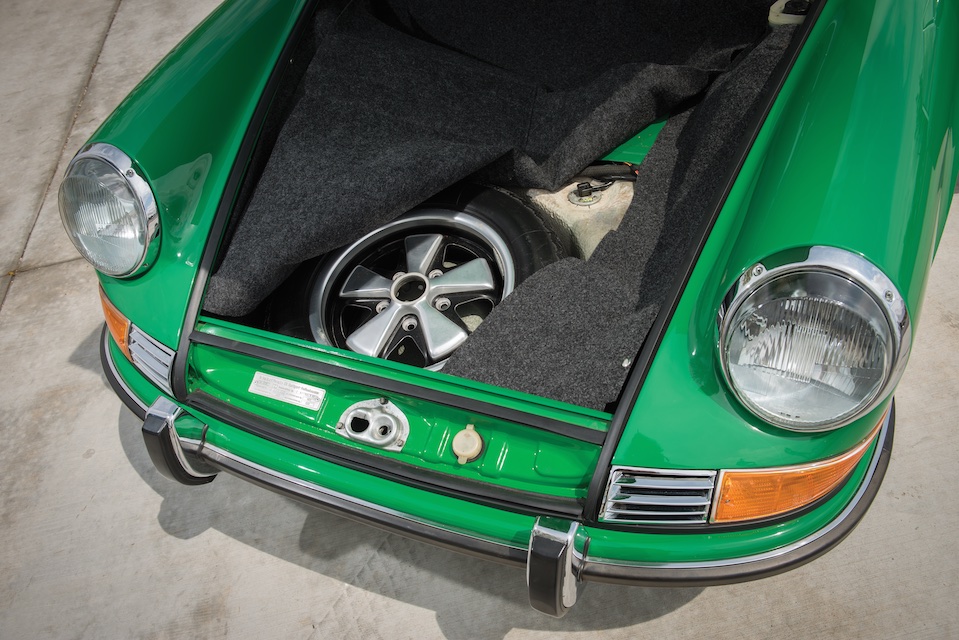 This car has been given a high-quality repaint in its rare, original, and very attractive Conda Green (Code 2626), and it still retains its black leatherette interior. The engine compartment is very clean and well-detailed, and the interior appears very fresh, with the addition of factory headrests and a set of attractive coco mats to protect the new carpeting. All body gaps appear very good, and the car includes a number of other attractive options, including front and rear bumper guards, stainless rocker panel covers, a pair of Bosch H4 halogen headlamps, and its original radio. Under its most recent ownership, the 911 has been fitted with new carpeting and has also had the dash refinished. The odometer currently reads less than 96,000 miles, while the car’s overall excellent condition suggests that it has been very well cared-for and appreciated throughout its life. 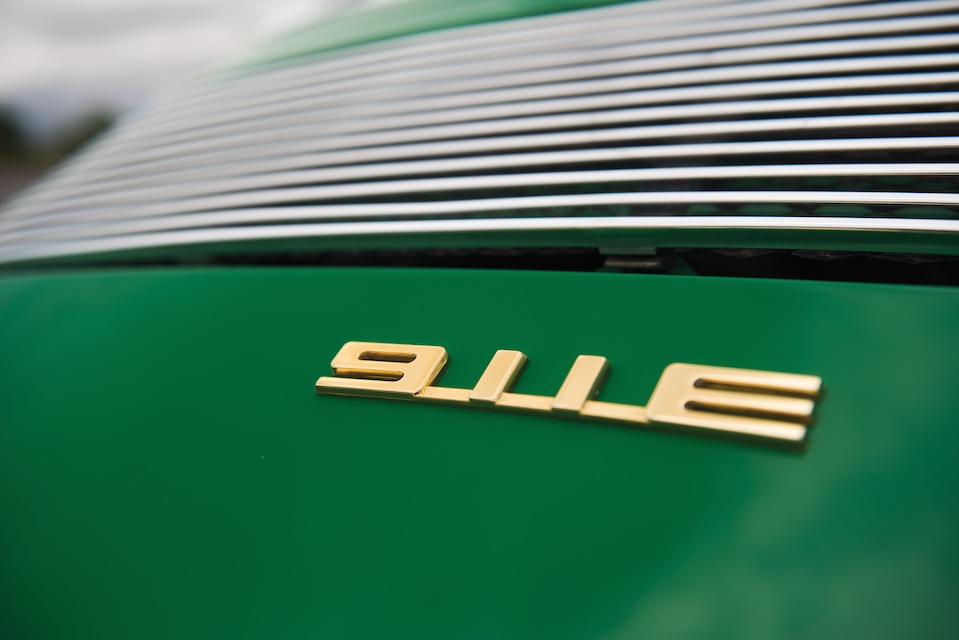 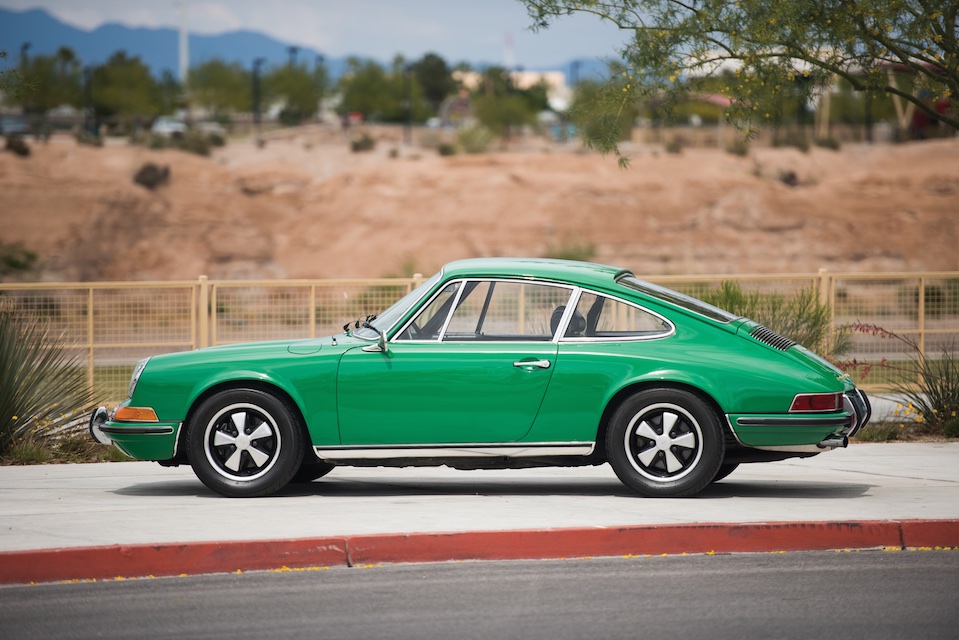 This beautiful, light (just 2,249 pounds), and nimble 911 represents a period during which Porsche was rising to the pinnacle of sports car racing and was celebrating its success by offering a thrilling palette of bright colors, with the intention of making its presence known to all. This lovely 911 E Coupe is offered with a detailed maintenance file, a tool kit and jack, a spare wheel and tire, and a factory owner’s manual, and it appears ready to give a new owner many more miles of enjoyable motoring. 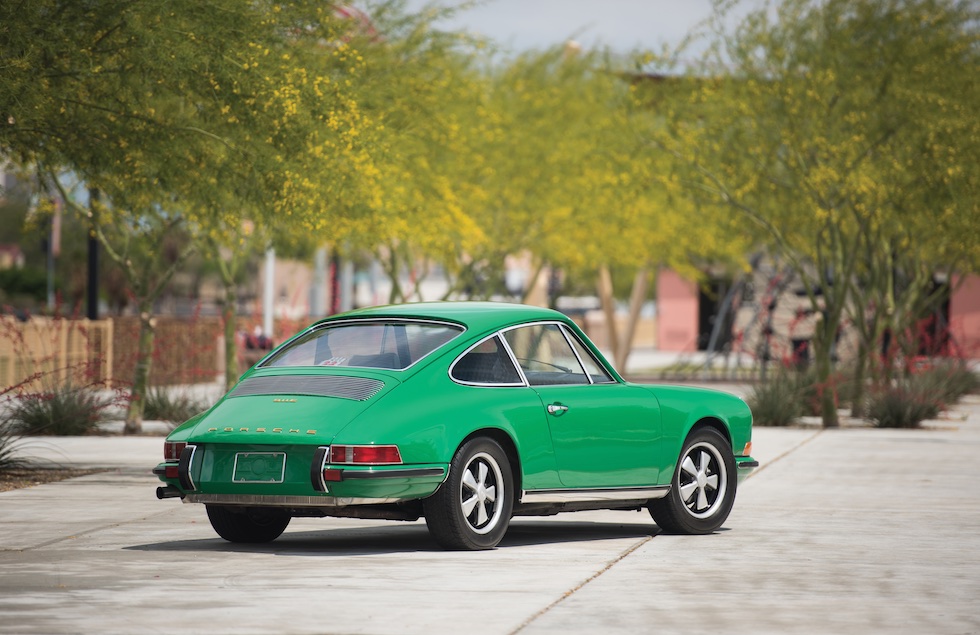