Editor’s Note: The Mercedes-Benz 190 SL was contributed by Ralf Glaser with Daimler.

Open for joie de vivre, elegance, and departure to new destinations: the eagerly awaited Mercedes-Benz 190 SL (W 121) was launched in 1955. The two-seater Cabriolet technologically based on the upper mid-size category brought joy and colour to everyday life during the years of the economic miracle. Internationally the 190 SL set standards for a culture of comfortable travel with style and sporty elegance. Together with its “elder sibling”, the 300 SL, it paved the way for the successful Mercedes-Benz SL tradition – culminating in the current R 231. Today the W 121 is a classic car that fetches exceptionally good prices. 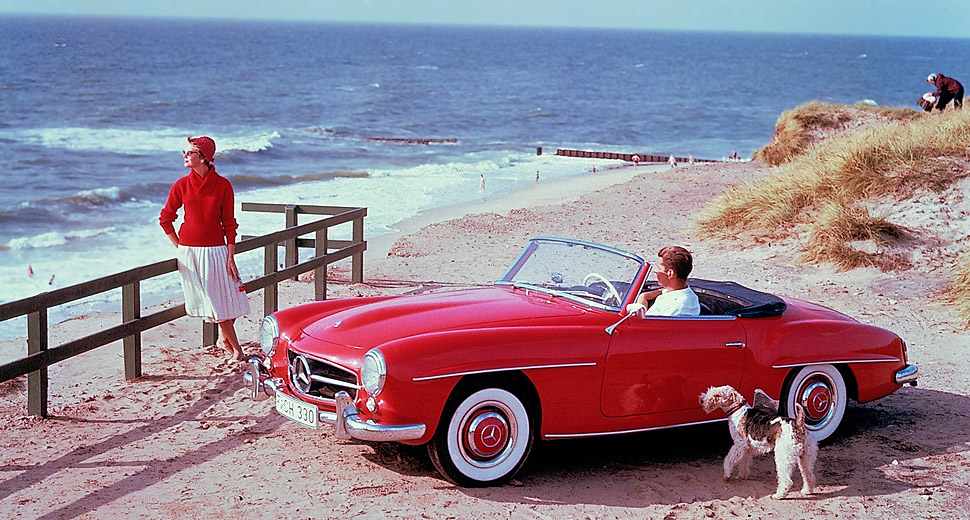 Experts in the industry and the general public alike had been dreaming of this car since the appearance of a prototype version at the International Motor Sports Show in New York in February 1954. The Mercedes-Benz 190 SL then appeared in its finished form in March 1955 at the 25th International Motor Show in Geneva where it met with a resounding response. German weekly newspaper “Die Zeit”, for example, raved about the “Mercedes-Benz 190 SL with its irresistibly beautiful lines”. The impetus for developing the Roadster came from the US-American Mercedes-Benz importer Maximilian Edwin Hoffman.

The 190 SL, which went into main production in May 1955, was an open-top, two-seater car for comfortable and stylish travel. Karl Wilfert and Walter Häcker designed its body with sporty lines and in a style reminiscent of the 300 SL “Gullwing” (W 198) super sports car. Whereas the Gullwing Coupé was based on a complex space frame, the 190 SL Cabriolet had the shortened floor assembly of the 180 Saloon model (W 120) with self-supporting chassis-body structure. The 190 SL was powered by the newly developed M 121, a 77 kW (105 hp) 1.9-litre four-cylinder engine with an overhead camshaft. 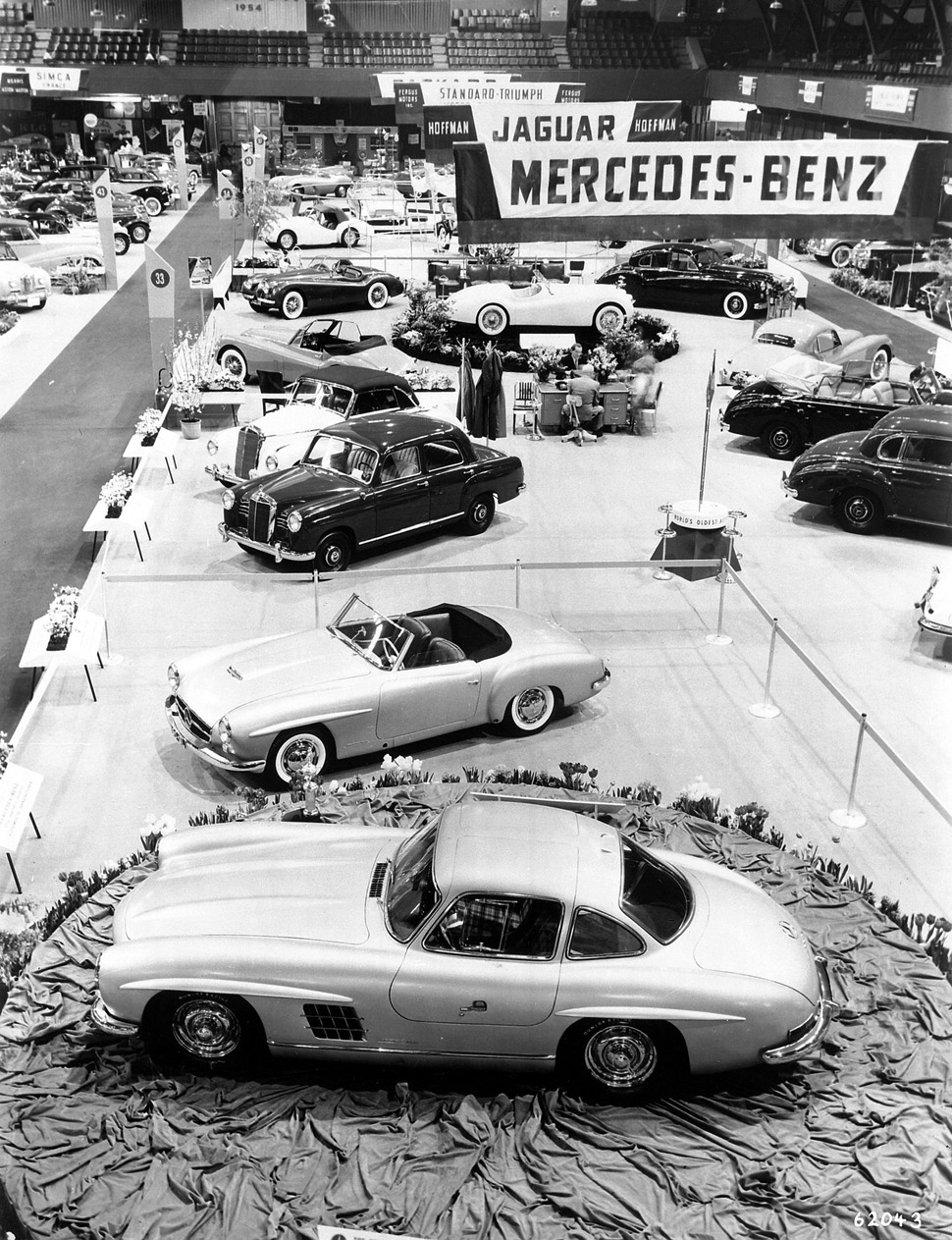 The Mercedes-Benz 190 SL stood for the feeling of being alive in the “Swinging Fifties”, for a colourful joie de vivre and lightness – as also shown by the car’s appearances in light-hearted German films of the time such as “Die Zwillinge vom Zillertal” (The Zillertal Twins, 1957) and “Solange noch die Rosen blühn” (As Long As The Roses Are In Bloom, 1956). However, the 190 SL primarily became the dream car of the 1950s against the economic backdrop of the starting recovery and the strengthening of individual mobility: never before had so many people had the opportunity to realise the dream of having their own car.

In this sense, the 190 SL dream car came at just the right time. The Stuttgart brand’s open-top two-seater set new standards for comfortable travel with a sporty note by delivering a refreshingly new take on the “Gran Turismo” idea. So 60 years ago, the W 121 also laid the foundations for the excellent tradition of the Mercedes-Benz SL model series as sporty, open-top, two-seater touring cars that combined the highest standards of refinement with good everyday practicality – right up to the current SL-Class model series R 231.

Even though the 190 SL was not based on motor racing technology like its “elder sibling” the 300 SL, it still likewise cut a sporty figure. This applied especially to the briefly available racing version with windowless aluminium doors, a smaller windscreen and other modifications. The bumpers and soft top on this variant could be removed for races. Notable successes for the vehicle included the class victory achieved by Douglas Steane at the 1956 Macau Grand Prix.

The strengths of the 190 SL made it an attractive ambassador for the new Mercedes-Benz model series of the 1950s all over the world: almost 80 per cent of all W 121 production (a total of 25,881 vehicles were produced between 1955 and 1963) went for export. The USA was the most important market – almost 40 per cent of all 190 SL models were sold in the USA.

Today this automotive icon of the economic miracle years is one of the more valuable classic cars: according to the data gathered by Historic Automobile Group International (HAGI), the 190 SL has increased in value by an average of around ten per cent per year since 1980 and even by over eleven per cent per year since 2004. The Roadster occupies a similarly prominent position in the leading group in the HAGI Mercedes-Benz Classic Index (MBCI). This appreciation shown by collectors all over the world is further testament to the unabated excitement generated by the Mercedes-Benz 190 SL dream car which made its debut in 1955 – some 60 years ago.