Like the classic, vintage and exotic automobiles that dress up California's Central Coast during mid-August, Monterey Car Week passes much too fast to be properly savored and appreciated. The Pebble Beach Concours d'Elegance is the climax of the week, and as soon as the event is complete, we find ourselves looking forward to next year. 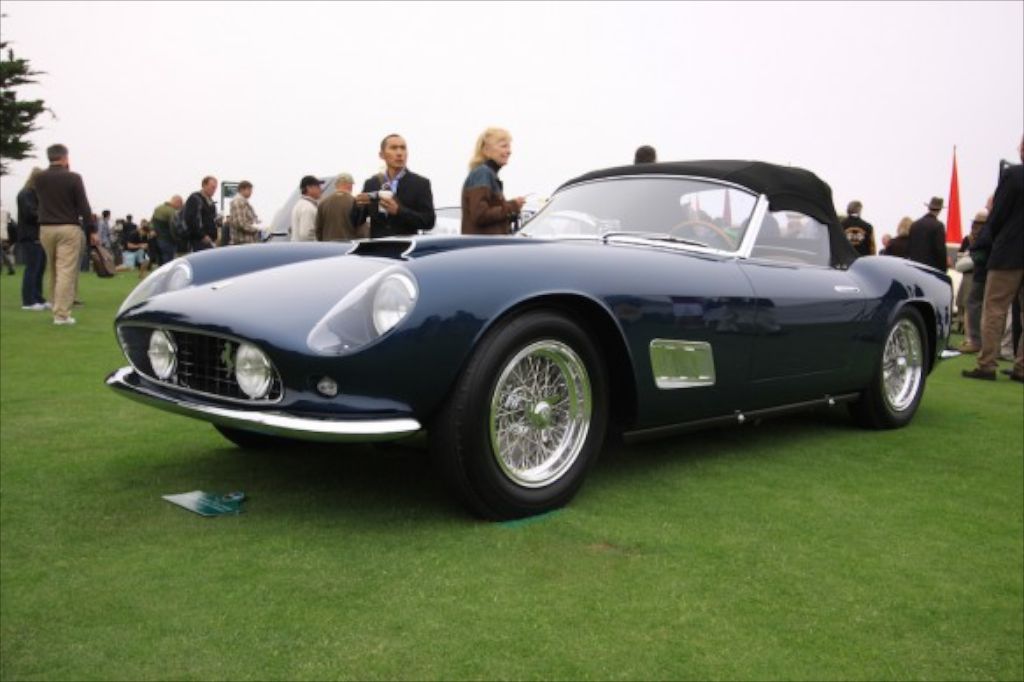 As Pebble Beach is the best Concours event on terra firma, this event is a magnet, drawing a plethora of automotive enthusiasts to the Pebble Beach Golf Course. There's always an abundance of walking, so it's essential that we don't have to walk for miles to get to the golf links. Somehow, each year we find a way to make event-close parking a reality. It's as if the Car Gods are looking down upon us and making sure everything goes our way. It helps that we typically leave our resort hotel at pre-rooster wake up time to get to Pebble. 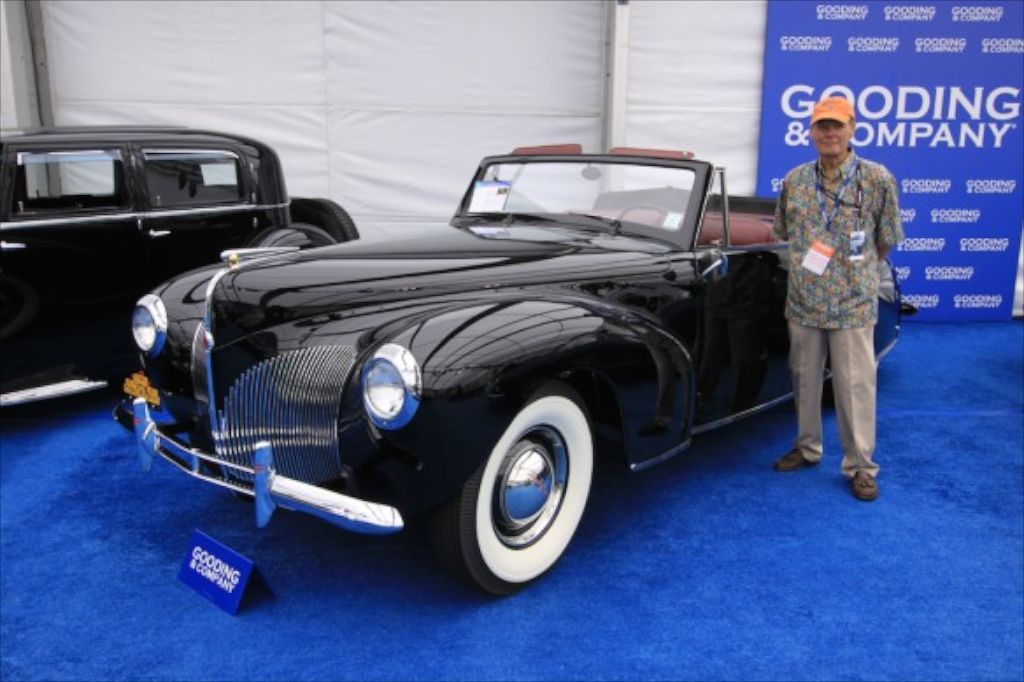 For the first time in several years, my brother Kevin and I wouldn't be seeing Pebble together. Since he is in charge of public relations and marketing for Lotus Cars U.S.A., Kevin and his team of Lotus experts were at Mazda Raceway Laguna Seca for the Monterey Motorsports Reunion vintage races. They talked to sports car enthusiasts about the Lotus Evora supercar, while my Dad and I would be representing Redline Review at the Pebble Beach Concours d'Elegance. 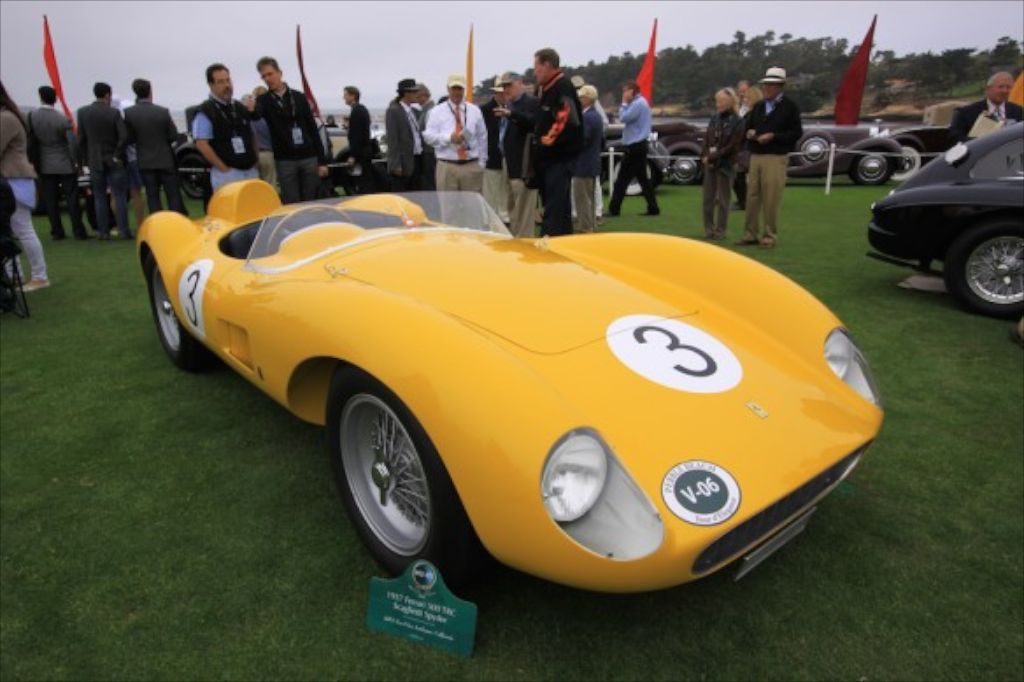 As is always the case for Redline Review, we drove from the resort hotel before dawn. Dad and I were too excited to sleep anyway. Once again, we made our own good luck, getting a California Highway Patrol escort for much of the 17-mile drive, which led us to parking at the Pebble Beach Golf Course. The CHP must have heard that Redline Review was in town and would be covering the Concours. That's certainly how we felt -- V.I.P. treatment all the way. In fact, we were so early, the Concours Media Center wasn't open by the time of our arrival. After waiting for several minutes, we were the first auto journalists inside the facility. We enjoyed some warm beverages and prepared our cameras for capturing the show cars as they drove their way onto the Concours golf links. The most exciting moment of the Pebble Beach Concours d'Elegance is when these vintage machines are being driven on the course during this early morning hour by their current caretakers. Being the Central California Coast, it's typically foggy and frigid. Yet, the Concours autos all seem to start and sound magnificent as they majestically meander their way along the path to their pre-determined exhibit location on the golf links. 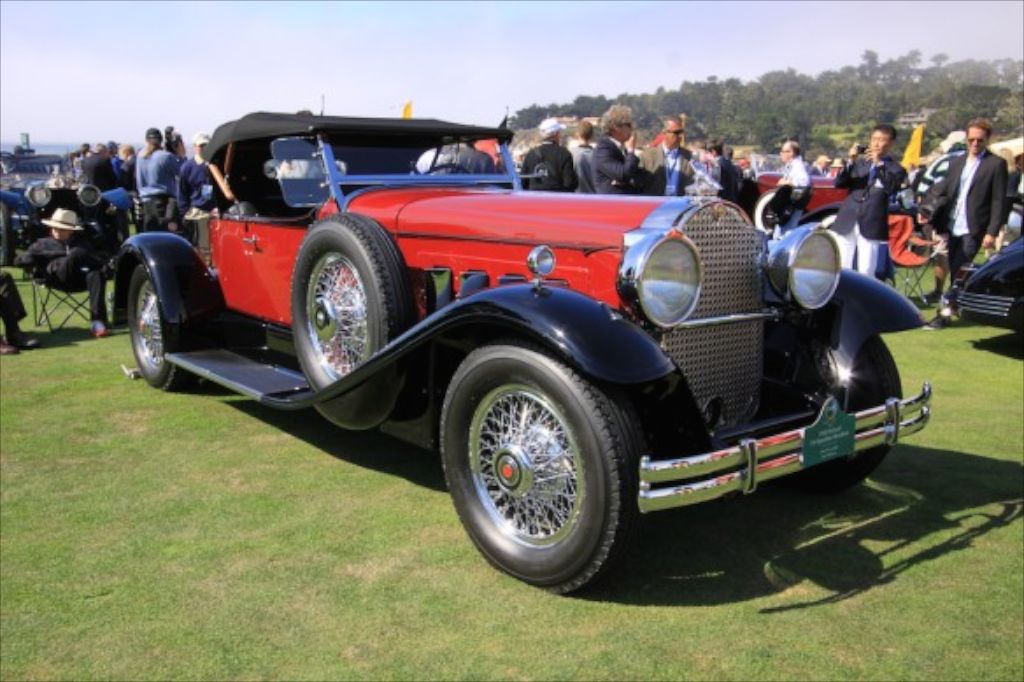 There are amateur and professional videographers and camera people lining both sides of the golf cart trail that soon get to witness an eclectic collection of automotive finery parading along the pavement at evenly spaced intervals. These handpicked and invited autos and motorcycles span the very beginnings of the horseless carriage era up to the epoch of the wild and swinging 1960's. Dad and I get to hear and see some cars we've never witnessed running before, autos that we've yearned to see in real life that used to just exist in the pages of car books within our rather extensive automotive library. Every once in a while, we recognize owners of the cars are celebrities and automotive luminaries. Oh, there's David Gooding, owner of Gooding & Co. and funnyman/car guy extraordinaire Jay Leno. 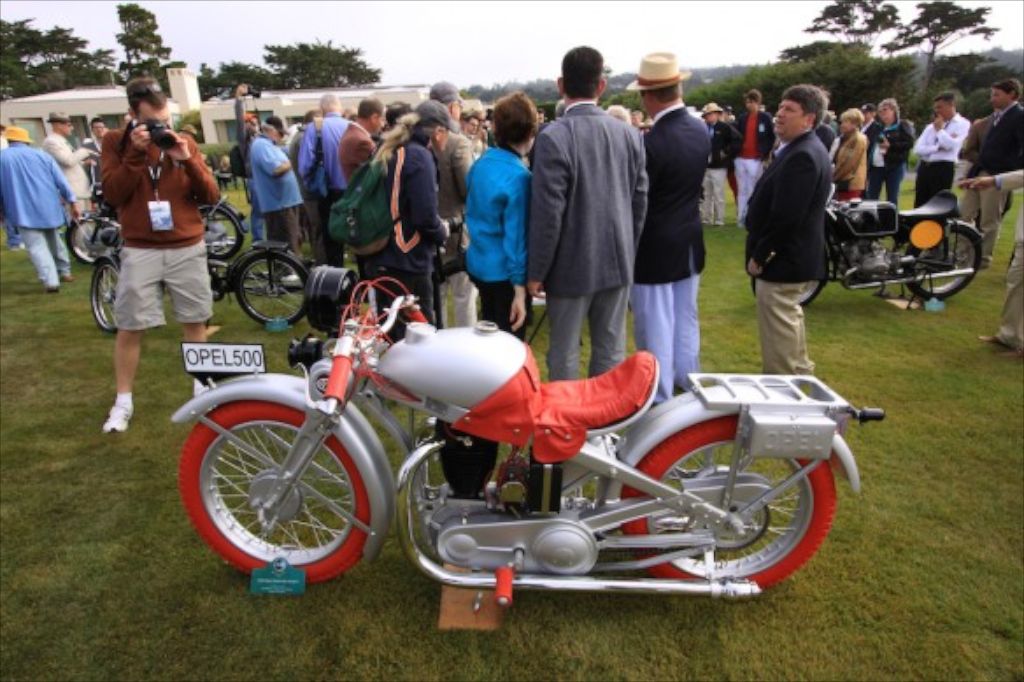 After spending the better part of a couple hours appreciating this automotive parade, we made haste back to the Media Center, in the chance that we might get some breakfast and coffee, English Breakfast Tea for me please. The Car Gods were still in our corner, as we managed to grab some grub amid an ever-growing group of auto journalists, which is no easy task. 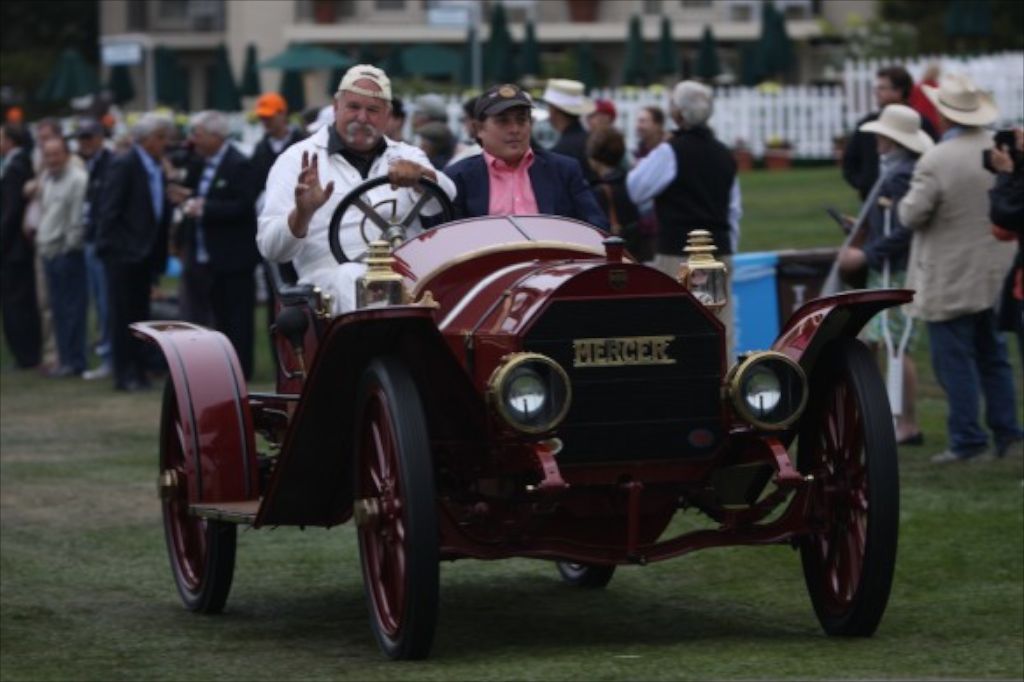 Refueled and recouped, we swapped lens on our cameras, from telephoto to wide angle, and ambled back down to the automotive field. From the time that I was maybe three or four years old, Dad and I have enjoyed going to car shows together. We were a bit bummed that the third Smith Man, Kevin couldn't be there with us. Yet we know that the best part of the old car hobby is partaking in it with family and like-minded friends. If Kevin were walking with us, all three of the Smith Men would select his favorite Concours show car. As it was, Dad and I made our picks. You'll find some of our favorites within the confines of this story. Enjoy! 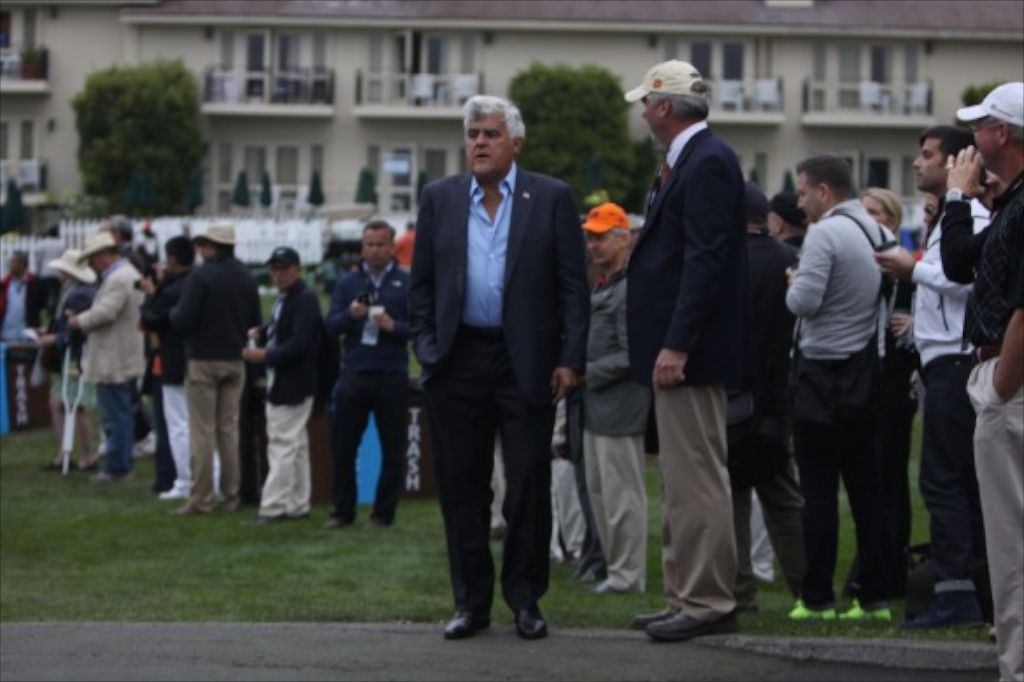 The official results of the 2012 Pebble Beach Concours d'Elegance can be found below. We hope you'll be able to pick your personal favorites from the photos in the gallery. But for next year, why don't you make your way to Monterey for the greatest car week on earth and the penultimate Concours in the universe? To find out more about next year's greatest concours, visit www.pebblebeachconcours.net. It's even better in person than it is on Redline Review. And that's saying something. Until then, enjoy car nuts and get your Pebble on! 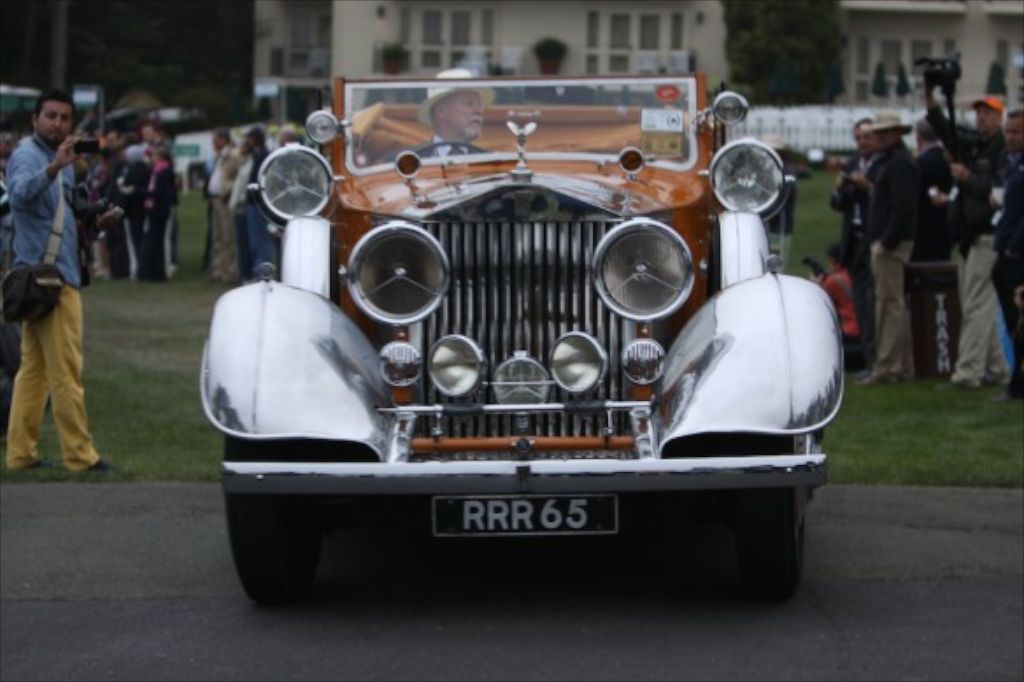 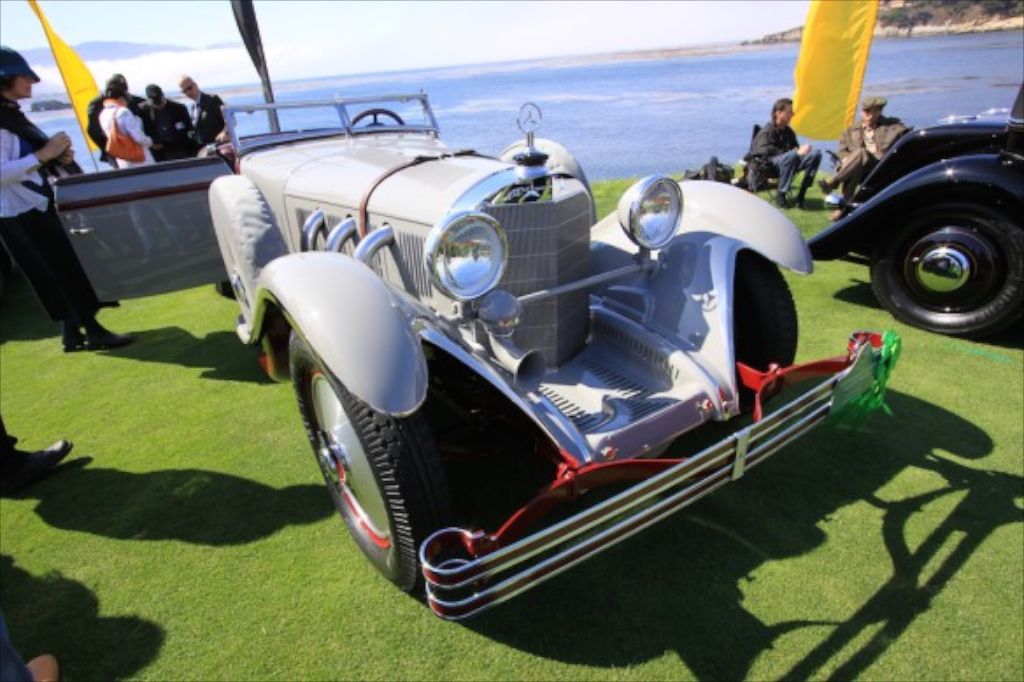